Law Is Not a Good All-Round Degree 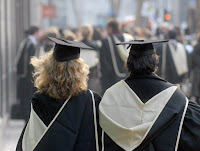 For those not paying attention, Malcolm Turnbull, the Prime Minister of Australia, recently said to a bunch of year 12 students (and later in a radio interview):
I think too many kids do law. They could spend those years at university doing something more useful and more valuable to whatever career they ultimately took on. A lot of kids do law as though it is a sort of interesting background qualification and it is not.
If you want to have a general humanities degree that is an intellectual endowment that isn’t particularly specific in a vocational sense then you would be better off doing languages, history, literature, philosophy. Frankly you would be better off doing economics.
The gist of it was this: don’t do a law degree unless you want to be a lawyer.

At this point, some people had a meltdown. I’m not one of them.

The Bold Promise of the Law Degree


If you want to learn how to write you could buy every half-decent book on writing in the world and take 2-3 excellent courses on it. That would cost you about the same as a single law subject and likely take around 3 months to finish.

Law Schools and legal educators have been touting their Bachelor of Laws degrees for years as being an excellent all-round degree for students, irrespective of whether or not those students want to do law.
I’m sure that has absolutely nothing to do with the fact that the LLB is one of the most expensive degrees on offer.
The argument is usually something like this:
a law degree will teach students research and analytical, rhetoric and writing skills that will do them well in any career that they might choose.
The irony here is that I personally believe that the LLB programs barely prepare students adequately for legal practice (accepting that it might not even be their job to do so), so it won’t come as a surprise that I don’t agree with the suggestion that they prepare students for anything else.
Let’s take a look at the problems.

Opportunity Cost
The biggest and hairiest problem is this: even if a law degree actually DID teach you those soft skills, there are better (meaning cheaper and faster) ways to get those skills.
If you want to learn how to write (and I question whether law school even teaches you that) you could buy every half-decent book on writing in the world and take 2-3 excellent courses in writing for different purposes. That would cost you about the same as a single law subject and likely take around 3 months to finish.
The same goes for public speaking, forming arguments and analysing things.
Beyond that, the truth is that law schools don’t really deliberately teach you much at all about these topics – they are mostly incidental to the degree itself, and you just happen to pick them up along the way.
With a law degree costing you anywhere between $40,000 and $150,000 and taking up 2 to 5 years of your life (depending on what you’ve done before and where you go), is that really a cost you’re prepared to take for a degree largely designed for a career that you don’t intend to do?


What is the cost of getting the skills that a law degree might (not will) give you? And is that really worth it if you're not going to be a lawyer?

Take a look at the list of compulsory and elective subjects that the LLB is going to involve.
Being honest with yourself – which of these are genuinely useful to you outside the context of a legal career?
For example, doing Contract Law might offer some benefits in business. But then we head back to opportunity cost, and realise that with a couple of hours intelligent time spent on Google we could learn most of what we need to know for that purpose.
Similarly, Constitutional Law might sound really interesting, but even most lawyers barely even look at the constitution after they graduate – so how much do you think you’ll look at it?
Into that list probably go Criminal Law, Torts, Jurisprudence, Trusts and Equity, Corporations Law and Legal Ethics.
The point of this exercise is to start counting the cost of the chance (not guarantee) of getting those soft skills.
How much of the LLB is redundant if you’re not becoming a lawyer? Much.

Knowledge-Based Learning
Despite attempts to modernize the law school experience, the truth is that most of it is still heavily knowledge-based learning.
Sure, part of the joys of law school include learning how to assess a fact scenario, pull out the issues, and then express your answer – I completely accept that’s a thing.
But generally speaking, the fact scenarios are crafted to ensure that you regurgitate as much knowledge as possible onto the piece of paper, demonstrating that you’ve read and understood the material.
Let’s come back to our examples – writing, speaking, analysis. If you want to learn these things, then you can be learning all of them by doing them in other contexts. Start a business of your own. Write some marketing materials or start a website. Speak at Toastmasters or whatever public speaking opportunities you might have.
You don’t need to have the knowledge that law school will teach you in order to practice those skills.

The Other Side of the Coin
Of course there are other arguments.
Some people might change their mind along the way in their law degree. Others might not be sure what they want to do. And given how young people are when asked to make these kinds of decisions, I’m more than prepared to give the benefit of the doubt.
There are also a very small number of alternative careers where an LLB might be genuinely valuable.
And finally, despite all common sense pointing to the contrary, some potential employers might believe that having a law degree will help you in whatever job they have on offer.
Where I’m not prepared to give the benefit of the doubt is for people who accept, without question, the proposition that “a law degree is a good all-round degree”.
At the very least – TEST IT. This is one of the biggest investments of time and money you’re going to make in your entire life. If you spend more time researching the claims made about your next phone than you do about doing a law degree, then you deserve everything you get as a result.
Share Tweet Share Email